We know that our Liveschool students and team are a dedicated bunch. After all, putting in the time to turn your dreams into reality is a massive accomplishment in itself. But in yet another year of disruptions, our students and alumni have risen above to do some disrupting of their own.

With major award recognition, billboards in Times Square and chart success just a few of the stories from this year, we can safely say that for our Liveschool family it’s been full steam ahead.

Logic 1000
One of our most recent “wow” moments has come from Logic 1000, a project that our trainer Thom has contributed to with his co-production skills since day one. With the profile of Logic 1000 growing with every release, 2021 saw her minting her own record label, releasing a swag of bangers as well as being featured in the mainstream media, with The Guardian naming her “One to Watch”.

But the most recent piece of news is about as mainstream as it gets – with billboards in Times Square NYC displaying her face thanks to Spotify.

The most recent Logic 1000 release is out on her Therapy label.

Loods
It’s been a breakout year for underground house sensation Loods as well. Over the last few years he has gone from strength to strength with big releases on well regarded underground labels like Steel City Dance Discs and Sweat It Out. This year has seen him release his well received Riviera (currently over 1 million streams) as well as being tapped by the legendary Flight Facilities to contribute a remix of their tune Move.

Ninajirachi
Another of our trainers has been given some huge global exposure, with Ninajirachi contributing the demo song for the release of Ableton’s new Live 11 update. With her signature sound coming to define the aesthetic increasingly popular Hyperpop genre, its no surprise that Ableton chose Nina to showcase their new cutting edge music making tools.

Steve Robinson
Hitting the charts for any new producer is a massive deal. But doing it on debut is almost unheard of. This is exactly what Steve Robinson has done this year with his Bug Jazz EP.

It obviously came as something of a shock to Steve as well, but with such a high quality release on offer its not surprising that he has hit the right notes with Beatport users.

The craziest thing about Steve’s 2021 is that lightning struck twice – his follow up release charted as well! Scream Soda coming in at number 3 on the Jackin House chart!

Middle Kids
We don’t often post about rock bands at Liveschool, but as they say, knowledge is power and bands with working knowledge of cutting-edge music techniques have a massive edge over their peers. Graduates Harry Day and Miles Elkington of Middle Kids proved that they’re a cut above the rest by taking home the ARIA award this year for Best Rock Album. Coming in ahead of Australian rock gods like AC/DC and Midnight Oil who also had albums nominated is absolutely massive. Maybe we now we can convince AC/DC to make their next record with Ableton!

For anyone who thought that full length albums were dead, think again. Our Liveschool crew have been busy keeping the format alive with some massive LPs. From middle eastern rhythms to mainstream pop hits, we’ve covered a lot of ground!

Kucka – Wrestling
After years of working as an in demand top liner, song writer and collaborator, Kucka has stepped up to the plate and delivered her debut full length LP, titled Wrestling. With unanimous praise flowing her way from all corners of the globe it’s an exciting step for an artist truly coming in to her own.

Royalston – The Midnight Zone
Trainer Dylan has been hard at work over the last few years, taming his modular rig and wrangling his collection of hardware to produce a fantastic full length drum n bass release in The Midnight Zone. With 70s synth flourishes, relentless drums and earth shaking subs, The Midnight Zone is as worthy of a headphone session as a festival sound system.

DJ Plead – Relentless Trills
Originally released as a limited edition cassette, we were “trilled” to see DJ Plead come through with a digital streaming version of his record. There is nobody doing what he does and probably nobody who could do it if they tried. Best known for his groundbreaking club fusion of Middle Eastern and hard drum genres, this release is an almost complete pivot into ambient, trance-like soundscapes, still with middle eastern rhythms but spiced with fragments of dialogue and understated dancehall in a way that almost defies description. If you haven’t had the pleasure of listening, prepare your dome to be seriously expanded.

The Veronicas – Human
Another genre we rarely cover on the Liveschool blog is radio ready mainstream pop music. But as underground producers are increasingly tapped to reinvent major acts, blurring the definition of pop beyond all recognition, we have a feeling we might be seeing a bit more of this sort of stuff. The Veronicas released their new record this year and it was filled to the brim with collabs and productions from Liveschool extended family. We had Sam Sakr, Isabella Kearney-Nurse, George Nicholas and Muki contributing to over half of the tracks on the record! This will be the start of a trend as our Liveschool crew become known as go-to collaborators for anyone needing a fresh perspective for their big releases.

This year we managed to throw not one, but two end of year parties. Starting the year with the much delayed party for 2020’s graduates and ending with the party for 2021’s graduates, we let off some steam, blew the cobwebs off our dancing shoes and flexed those cue-button fingers with two nights of great tunes and great friends. With the lineups for the events reading more like festival run-sheets than end of year gatherings, it was great to see everyone still knew what to do when the lights went down and the faders went up!

One of the biggest stories of the last two years has been the rise of online streaming and with it the expanded opportunities for artists to create something meaningful outside of the usual club / festival context. Our Liveschool community has had some big streaming moments this year showing that even without a crowd, it’s possible to create an engaging and meaningful live performance – especially when it’s done from the iconic Sydney Opera House.

Nina and Kota collaborated on more than just a record this year, they also performed live for United We Stream in a unique format that paired their stage show with behind the scenes footage of Nina giving some insights into how they created their tunes.

Maina Doe and Setwun – Liminal
Musical Director is a term unfamiliar to most outside of the music industry. It means working with an artist to produce their live show, thinking about how the Ableton set might function, what sort of instrumentation to use, conceptualising the signal flow – all of the things that a highly experienced live performer can bring to the table. As a veteran live player and level 100 Ableton wizard, Setwun fits the bill for this role exactly. Working with Maina Doe, Setwun was able to bring her live show to the Opera House stage for the Liminal series. He also played live in the band, which is a huge task while also working as musical director! Other Liveschool team involved in this event are our “Release Music” course trainer Nadine Marjan and trainer Doug aka Hed Ardennes on the mix. 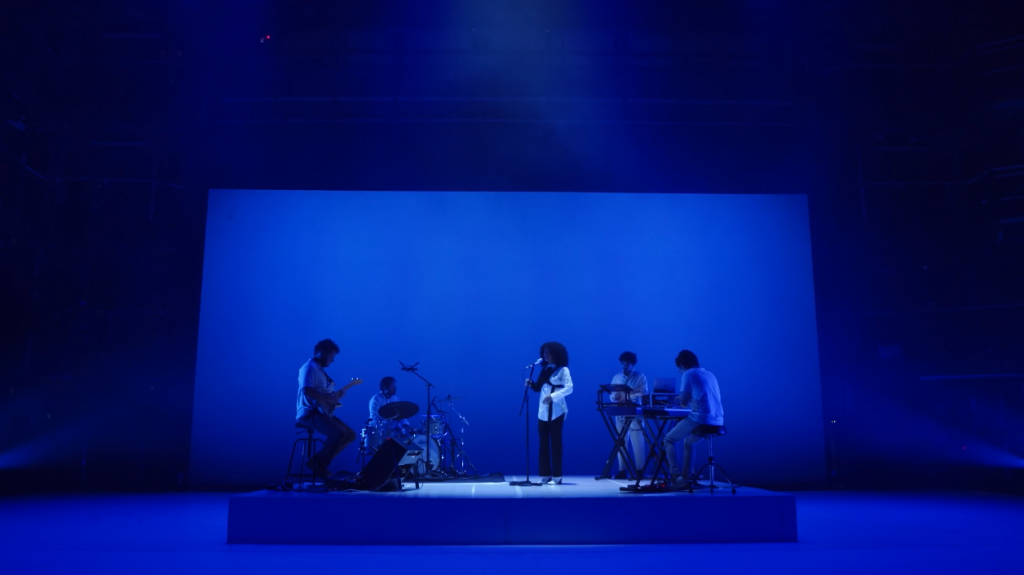 Ninajirachi – Liminal
It was another massive year for Nina, perhaps best encapsulated by her hyperactive set for the Liminal series. Checking off one of her childhood dreams – playing at the Opera House, Nina delivered a 39 minute master class on how to a producer can use their original productions to craft a unique DJ set. Containing fragments of 26 songs from her discography, Nina’s set is a great reference point for producers thinking about unique ways of showing off their work. 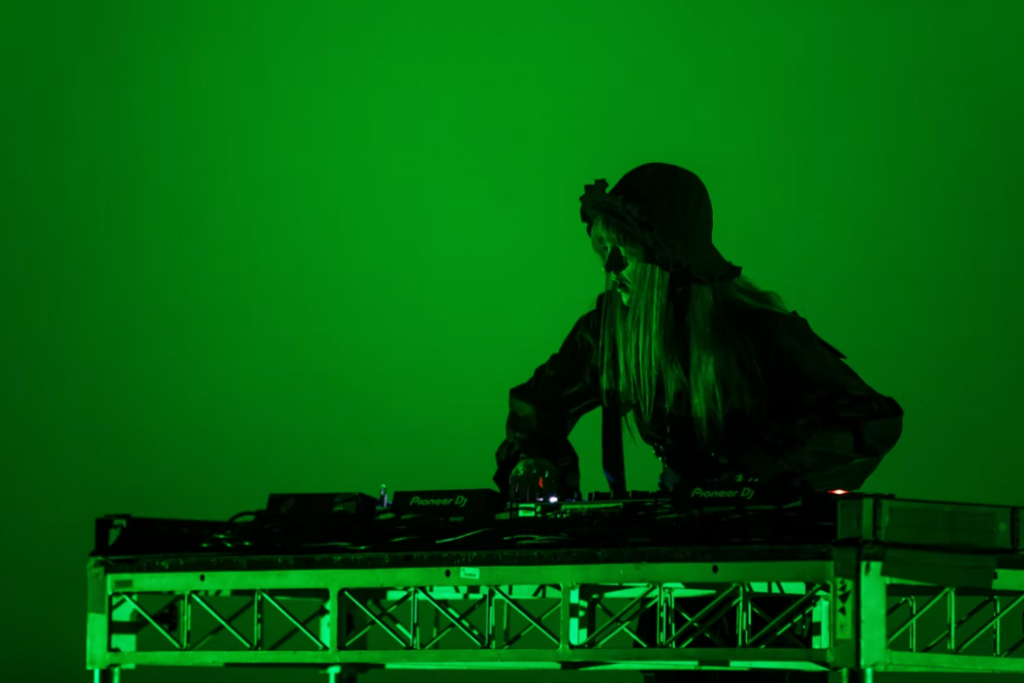 And thats just a small selection of the amazingness we witnessed through the weird year that was 2021! As things begin to returning to normal through 2022, we cant wait to see what our Liveschool family has in store for the world.