Andy Garvey has shared a track from her forthcoming EP due out on UK tastemaker label, Lobster Thermin. It will be the first return of new music since her debut single ‘Club Music’ in 2017.

Since finishing her study at Liveschool, Andy has gone from strength to strength taking on the roll as Saturday night Triple J Mix Up presenter across Australia on Triple J.

Alongside that, she’s signed on to DJ booking agency Wat Artist’s alongside Harvey Sutherland, Cut Copy DJs, DJ Seinfeld and a number of festivals including Pitch Music and Strawberry Fields in Melbourne.

Touching on her experience at Liveschool;

“I studied at Live School in 2012, which was great for where I was at that time – a total noob with no idea where to start.

The course gave me a solid understanding of the functionality of Ableton and allowed me to explore other paths on my own.

Over the years I’ve gained heaps of further understanding of music writing processes through collaborating with friends, and it’s something that I continue to do regularly”

The title track, ‘Eternal Recurrence’ is the first taste of her EP that’s available on vinyl through Bandcamp. It’s a journey of a track with over 6 minutes of warm acid and rolling drum lines bundled up into a crisp production and ready for dance-floors. 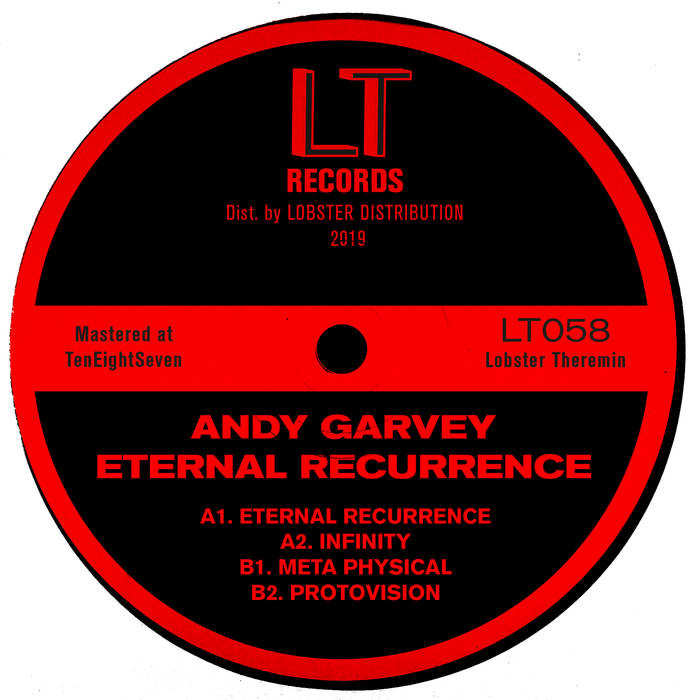 On the EP Andy says:

“The Eternal Recurrence EP was written over about 18 months in random sessions, the final tracks were not necessarily the tracks I would have chosen but I have full confidence in the selection by the Lobster theremin team and psyched to have it out there”

Fun fact, Andy also recently launched her own label – Pure Space based off her long-running FBi Radio show in Sydney.

‘Eternal Recurrence‘ is out now on Lobster Thermin.