Our graduates have gone on to become some of the biggest names in electronic music – which attracts media coverage. When journalists first start writing about what you make, it can indicate a real turning point in your career. Not to mention what a trip it is to be scrolling your feed and see yourself in the news.

The November issue of NME features our very own Nina on the cover, looking fierce. The title article is a great read, partly focusing on her debut long-player mixtape Second Nature but also going wide on topics from mechanical sea cucumbers and post-internet music. Read the interview here 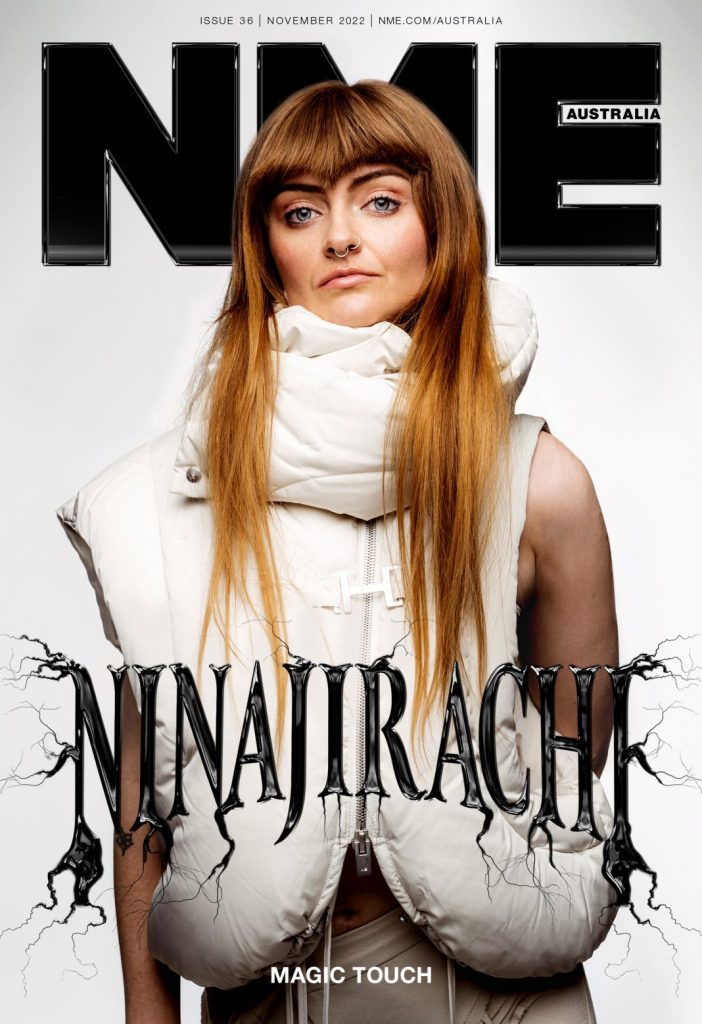 Flume’s long-awaited tour, with cameos by other Liveschool fam Kučka and Vera Blue and visuals by collaborator Jonathan Zawada, has truly delivered for both sets of fans – the ones who favour his big hits and those that stan the more subversive sound-design driven work… check the review here. 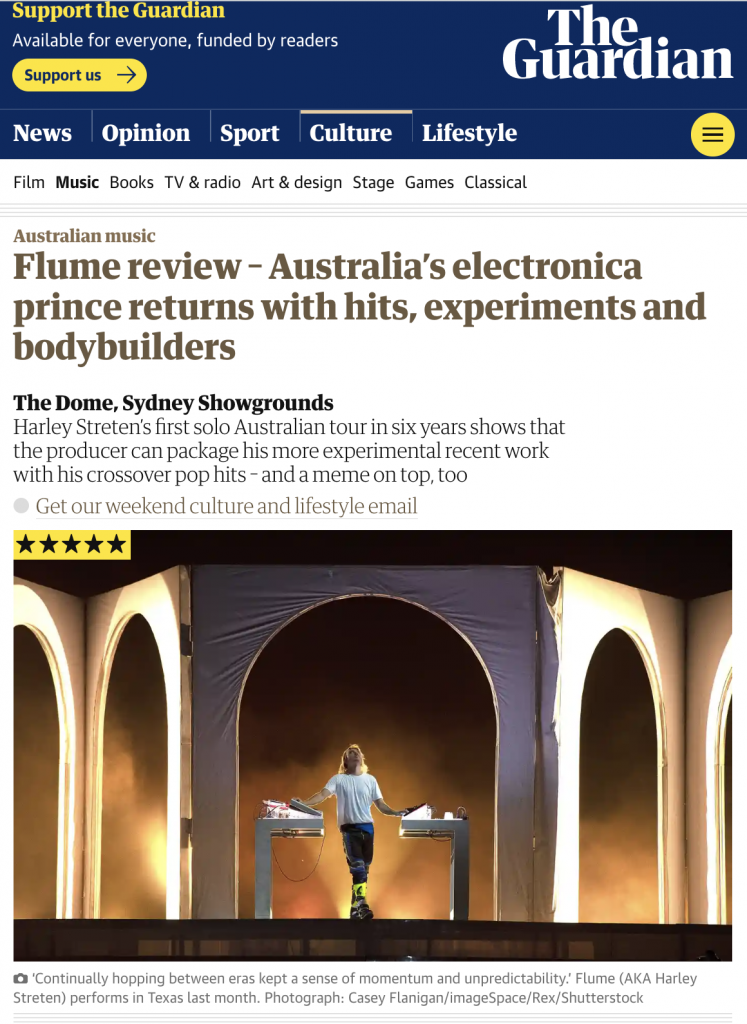 The star of Logic 1000 continues to rise, with Mixmag last year tapping the artist to provide their cover mix. Featuring a motherlode of unreleased gems (including one from Liveschool trainer DJ Plead) the mix has just gone live on streaming platforms – and you can read about it here… 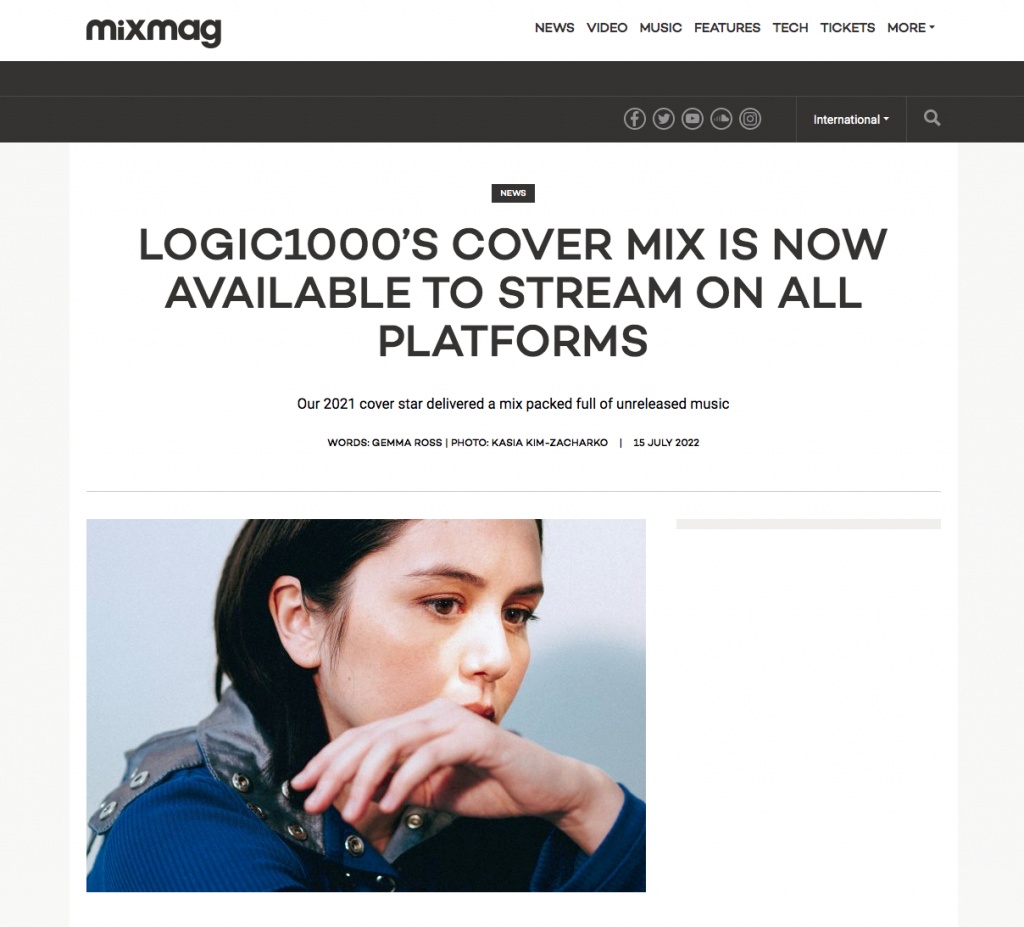 Pushing forward with an innovative strategy that blurs the lines that once made a visual artists distinct from a musical artist, Brux has been making big strides in her career in the last few years. EDM Identity interviewed the newly un-masked producer about the changes following her relocation to NYC… 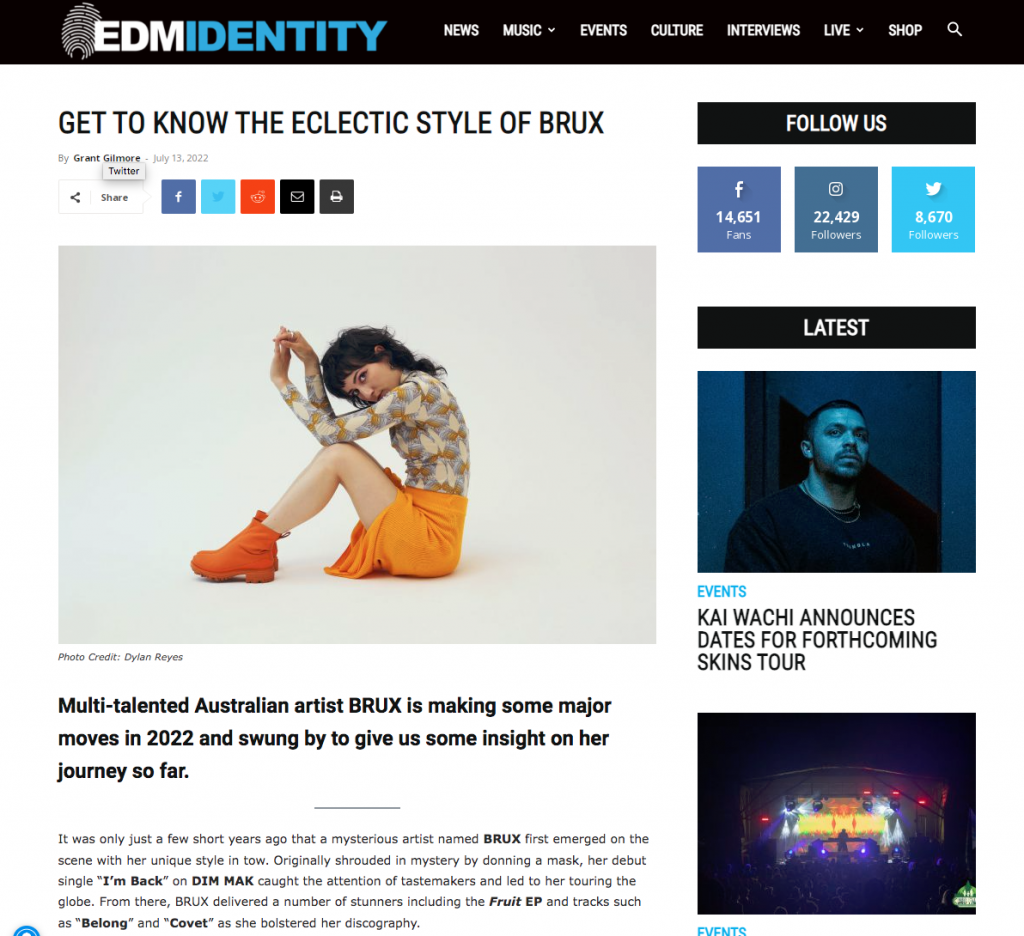 Montaigne featured by The Australian

When she’s not leading Australia’s Eurovision efforts or collaborating with David Byrne of Talking Heads, Liveschool alum Montaigne is getting props from one of the biggest national news outlets in the country, with big anticipation for her upcoming album… 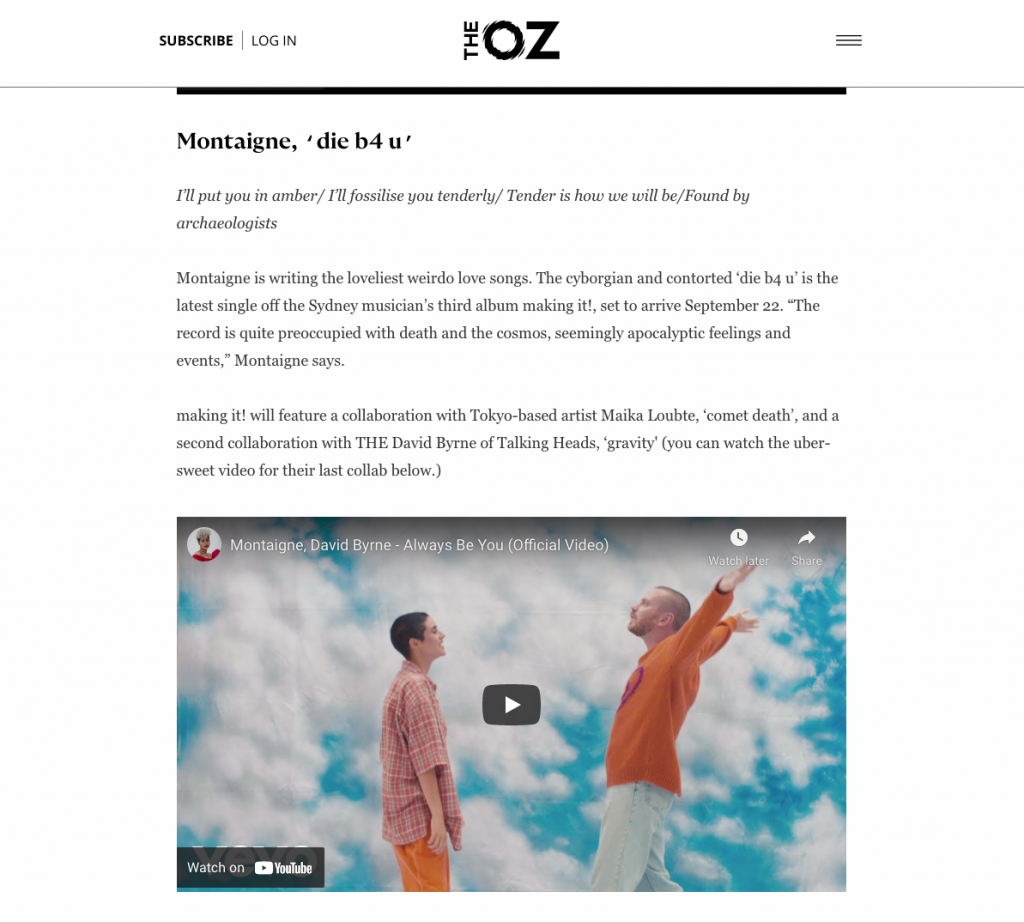 Kučka is back in the NME

Kučka has had a massive 12 months and our friends at NME have been supporting her every step of the way – after great coverage of her debut LP, and here latest release ‘Messed Up’… 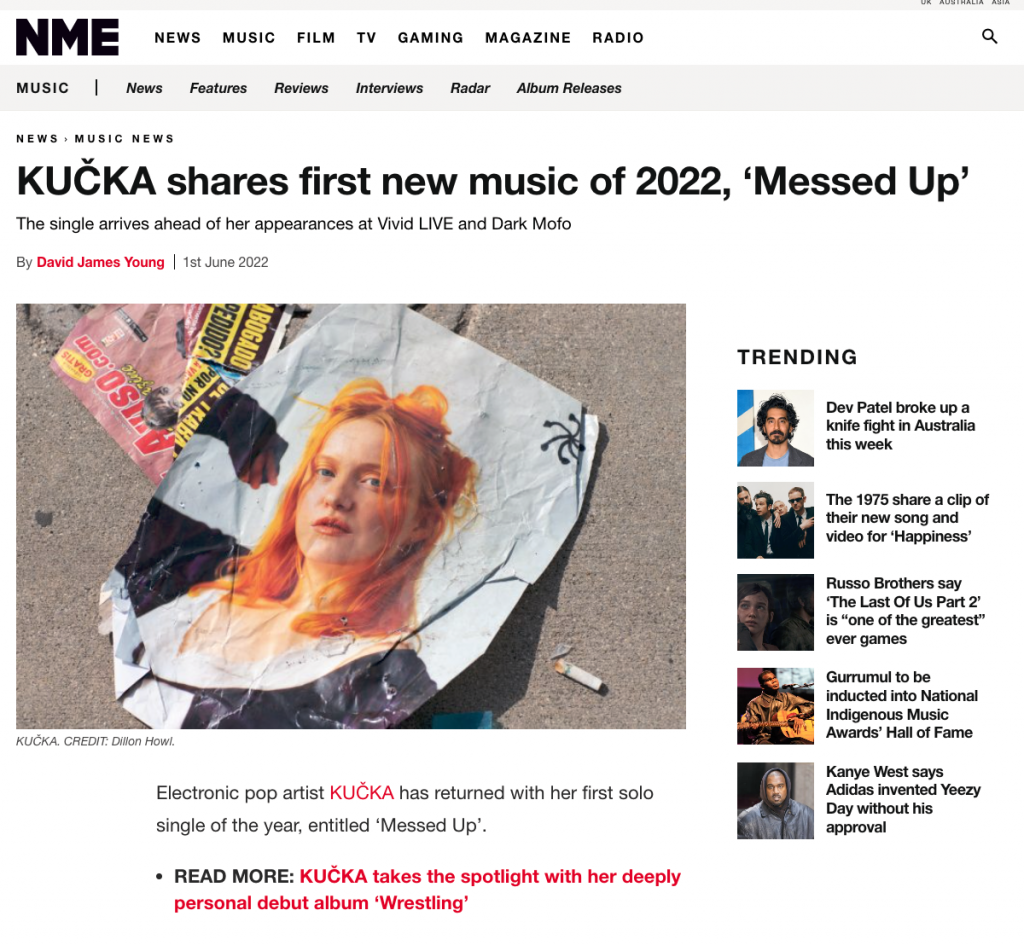 Regularly appearing on festival bills around Europe, Roza Terenzi is the solo project of Katie Campbell. Tastemaker publication Resident Advisor has turned in a glowing review and awarded the “RA Recommends” tag to her new collaborative LP with D. Tiffany. 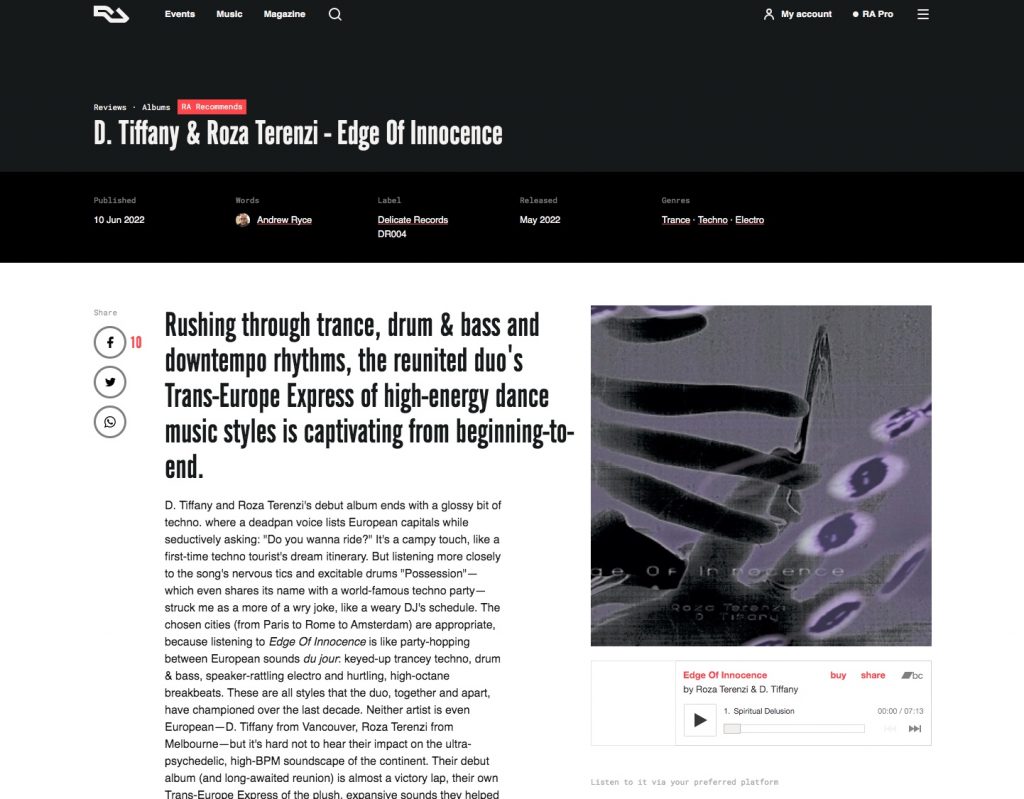 1300 are five rappers, including the producers Nerdie and (Liveschool alum) Pokari.Sweat. And their music and live shows deserve your attention. It’s been amazing to watch the development and rise of 1300 from complete unknowns to now an international fanbase, including the discerning ear of The Guardian’s music writer Brodie Lancaster who dives into their rise, incredible music videos and live shows in this write-up… 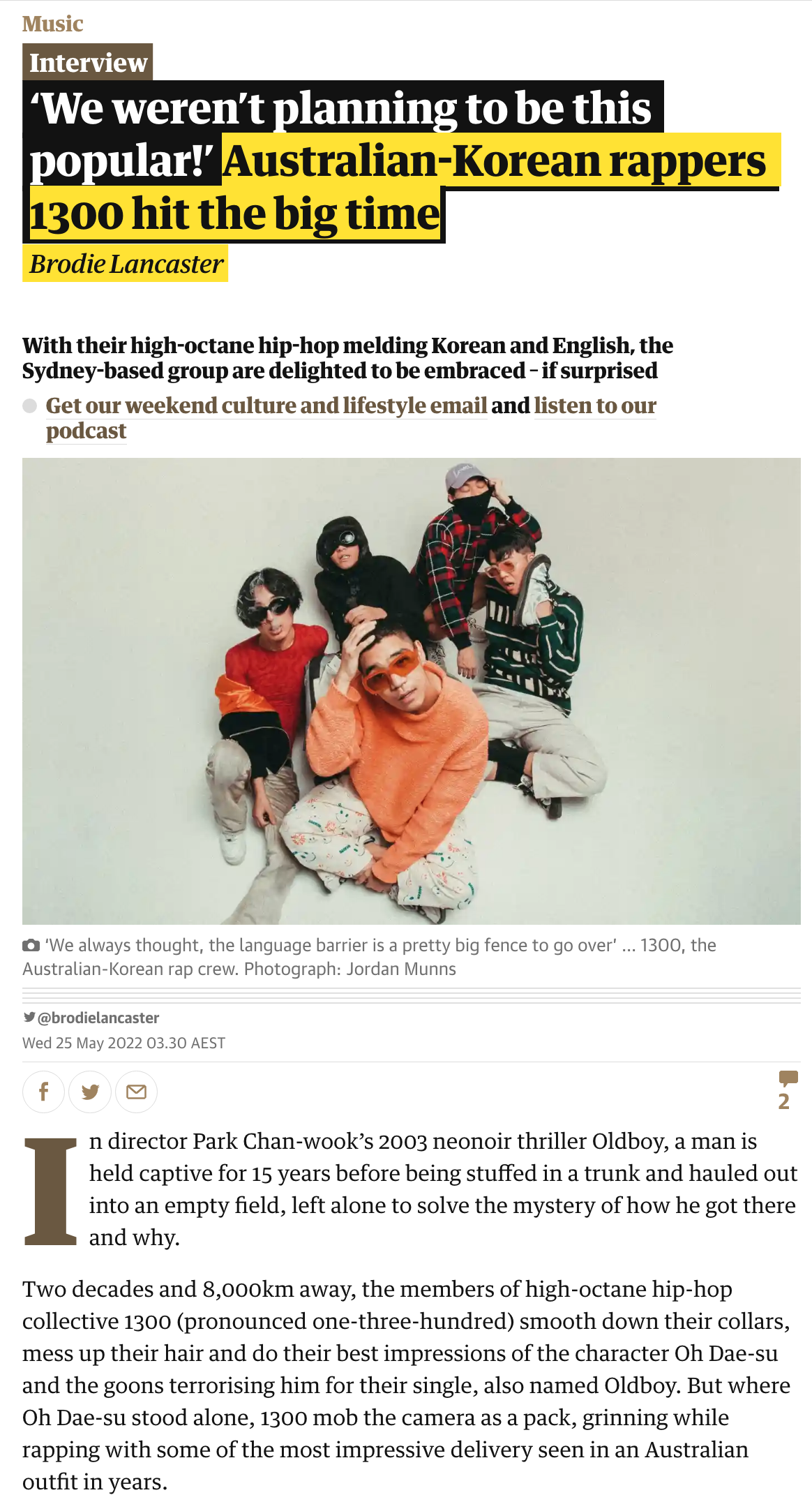 For the last few years Logic1000 has been a favourite among taste-makers, underground scenes and respected DJ’s. With the release of her new EP this write-up in the Guardian is a hint that there might be more widespread recognition coming her way. The Guardian is increasingly the first (and sometimes only) major masthead to get across emerging electronic music. Logic1000’s EP In the Sweetness of You is out now on her own record label “Therapy”, available in streaming, digital download and limited edition vinyl. 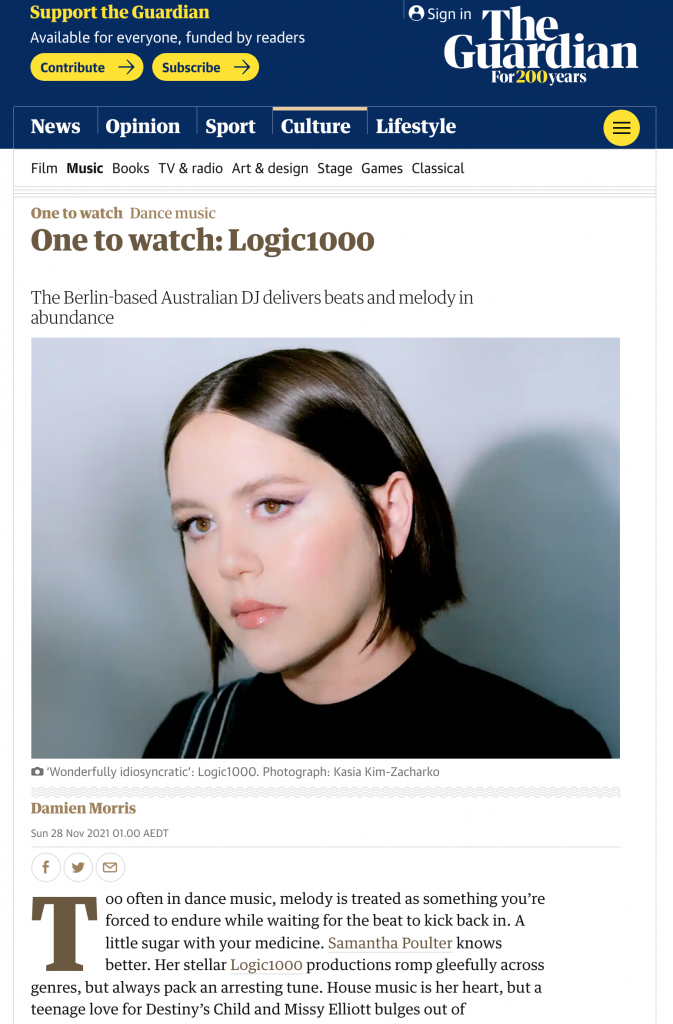 Staying on the ball must be a challenge when you’re 200 years old, but The Guardian are managing well! They have published a piece on Hyperpop – a genre that just happens to be filled with Liveschool grads. They name drop Ninajirachi, Kota Banks, Donatachi, Nina Las Vegas and Perto in the article as key members of the emerging scene. We’re immensely proud to see our students gaining high level recognition – and The Guardian is just about as high as it gets! 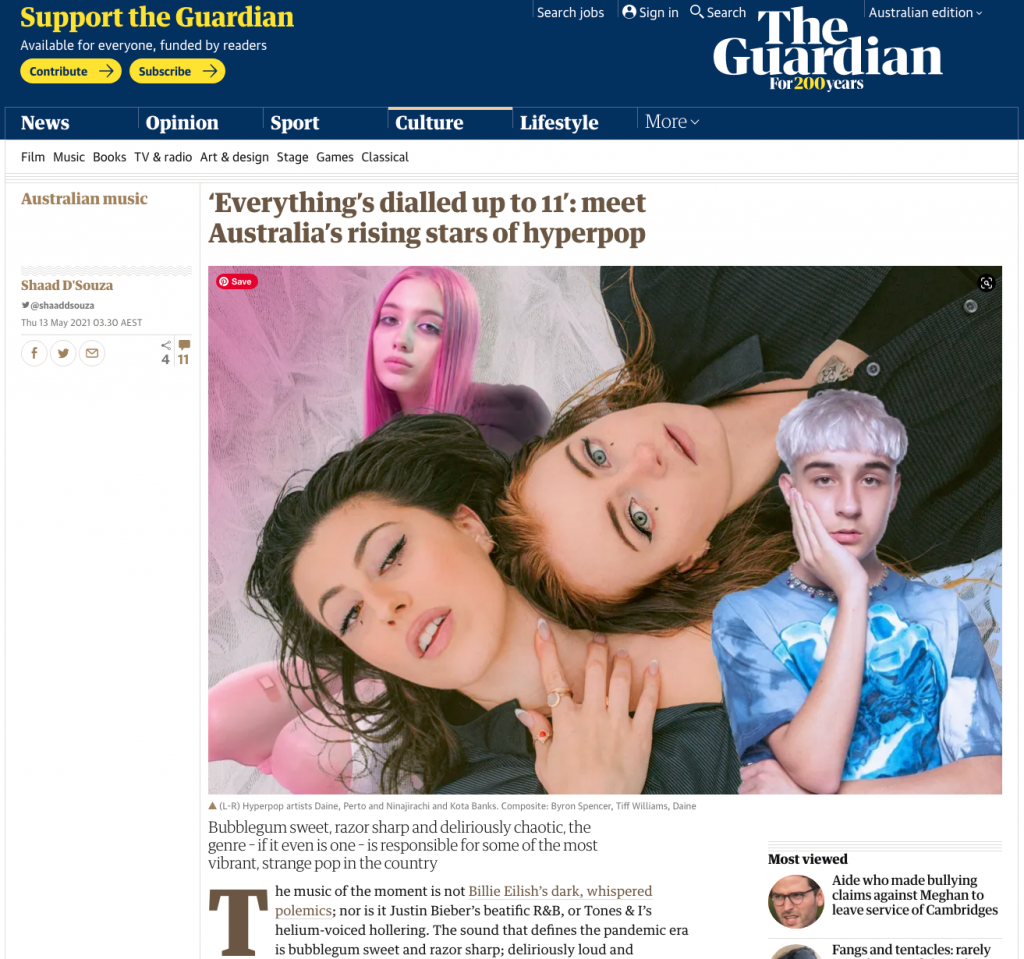 Stoney Roads: Props to us!

Longtime supporters of Australian electronic music, Stoney Roads have published a piece by a satisfied Liveschool Graduate. It might read like an advertisement but we can assure you its not – just an article by one happy student who has come away from their eight week course with a whole heap of new skills. 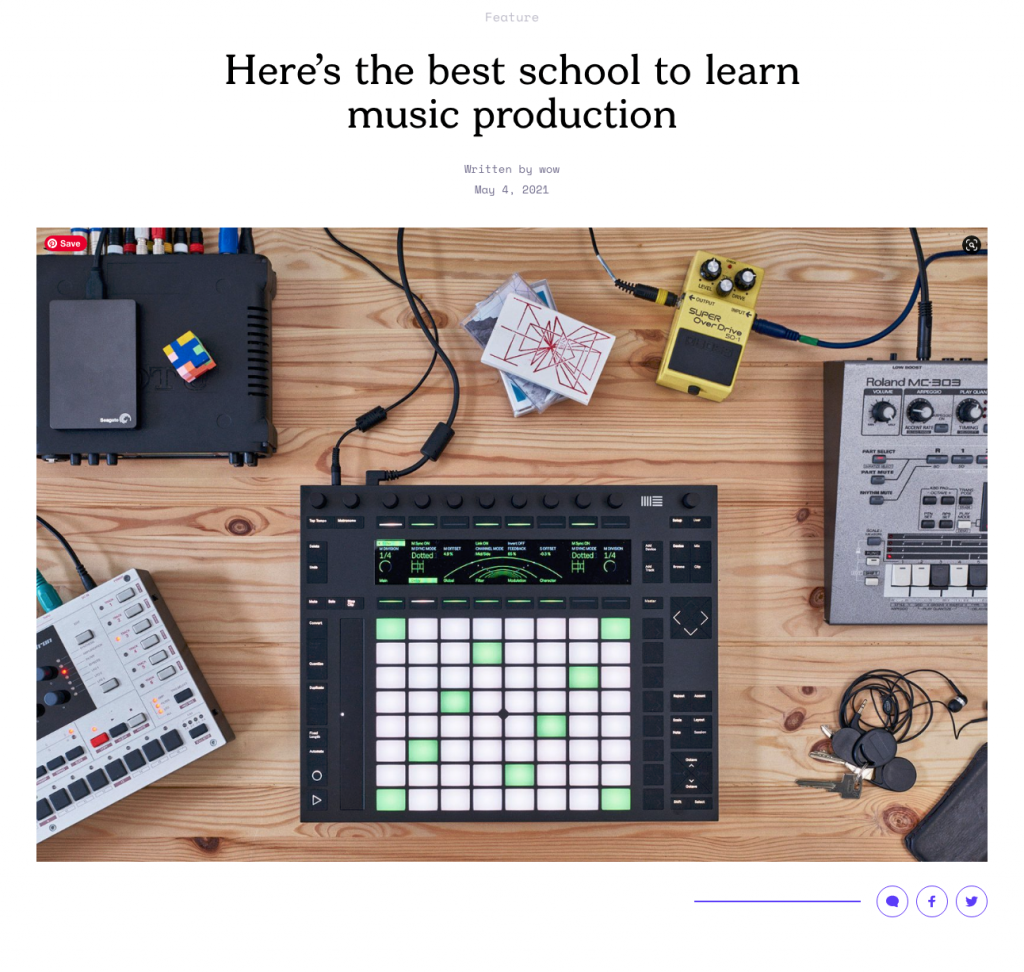 Not content with spearheading our LA operations, co-writing with some of the biggest names in music and being an in demand top liner – Kučka has gone and released her debut album, elevating her reputation as a solo artist to match her rep as a collaborator. But don’t just take our word for it! Her record Wrestling has had a load of press attention, with everyone from NME to Rolling Stone and The Guardian taking notice.

Flume is everywhere. Like actually everywhere. He’s probably been covered by every major media outlet on earth… but we have a feeling this might be a first. Flume in the Australian Financial Review. Granted this is more about finance than a regular Flume story – detailing his foray into crypto art with long time collaborator Jonathon Zawada (check their mini site of NFT artworks) but the end result is the same. Our guy in the financial pages. Weird! 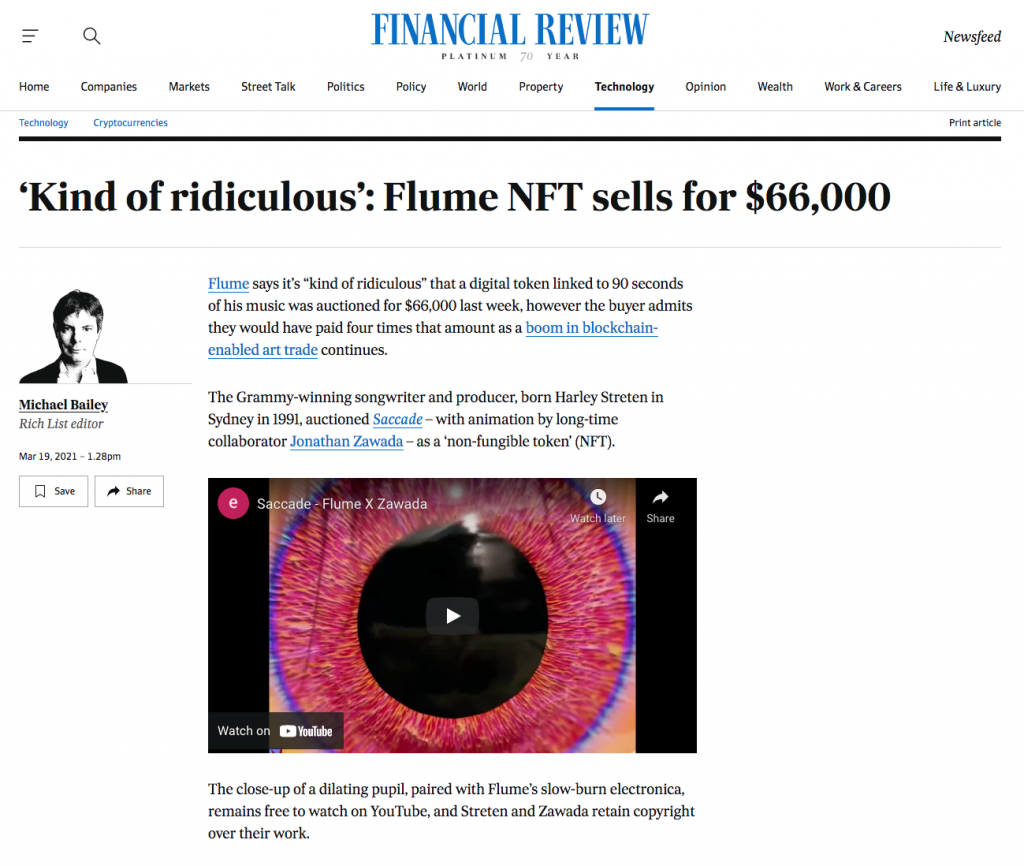