How to take the leap from music fan to music producer

All of your favourite artists? At one point, they probably had the thought, “Yeah, I’m doing this music producer thing, for real.” Maybe it wasn’t as defined as that, but at some point, they realised that they wanted to be a musician, and put their mind to it. They changed their mindset from a music fan, to a music maker. Regardless of style or sector, music makers are set on creating experiences through sound for others, and getting their music out to the world. This transition isn’t exactly one you can complete overnight, and there’s no defined path on how to do so – especially if you’ve never picked up an instrument, or even know what “DAW” stands for.

If you’ve started the process of learning to be a music producer, you’re probably already looking towards the process of technically improving to your best ability. Amongst that, you’ll want to do things like mastering creativity, getting a grasp on your particular industries’ norms, figuring out where you stand in your market, and everything else that comes with taking your music career seriously. And alongside it, you need to do everything you already do as a human, like making money, studying, or full time work. Phew.

So right here, we’re going to tell the stories of some of Australia’s most recent success stories – but with all the bumps in the road you won’t normally get a glimpse of. Things like missing huge opportunities because of uni exams, or when your big break doesn’t actually turn out to be your big break – and more importantly, the aftermath. In the music industry, these things are bound to happen whilst you find your feet, and your career won’t look the same as anyone else’s. But there are some overall lessons to be learned from what many musicians go through on their way up. Let’s dive in 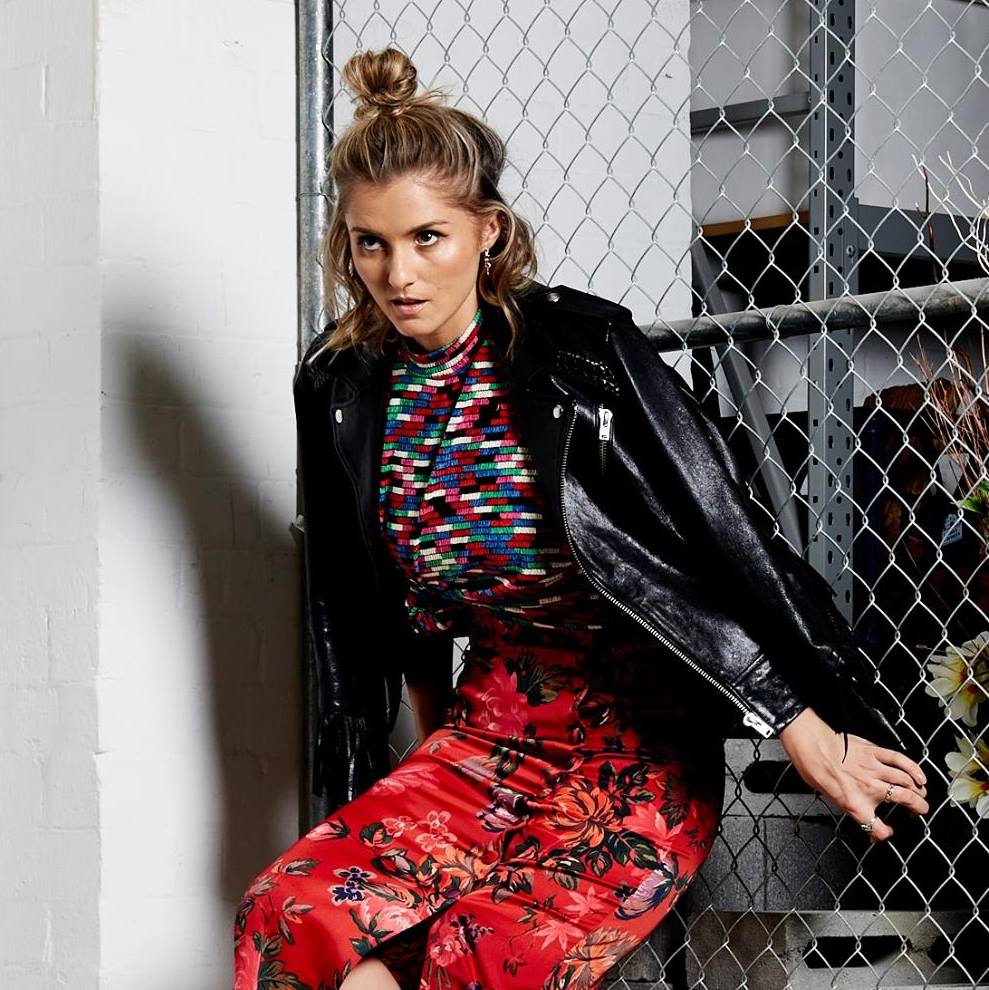 In the beginning, just focus on finding the musical path that lights up your soul a whole lot.

As of the now, KLP is a singer, songwriter, DJ, and host on Triple J. But she’s actually been kicking around the entertainment industry for a while now. While not knowing her true direction until a bit later in life, she grew up around music, with a full-time musician as a father.

“I fell into it because I was just obsessed with music and I kind of taught myself how to play, and then started getting gigs straight away. I didn’t quite know what I wanted to do in music when I was younger, I just wanted to be a part of it in any way possible. I went for auditions everywhere, sang in so many different bands – anything at all to do with music you would find me doing it.” says KLP.

As a youngen’, she tried out plenty of musical and entertainment avenues before narrowing down her stream of skills – she’s definitely still a slashie, but a focused one. Her work across so many sectors of the industry led her to some interesting experiences and opportunities while she was finding her way – and she reflects that where she started is nowhere near where she ended up.

“I never sought out to do radio, but I guess years of experience with DJing, acting and general performing meant that when they found me through Triple J Unearthed and asked me to host “House Party”, I had the skills to say yes. I would like to think that that kind of open door opportunity will keep coming somehow… and I hope that when it does next time, I have the right skills to walk through and nail it!”

When it comes to being a music producer, having a few top-notch skills will always help you out in the long run, both financially, and in your career overall. This way, you can gig and hone your craft, even if it’s outside of your artist project. From producers who do corporate DJ-ing on the side, to top-liners who sing at weddings or play in bands – as your career progresses, it’s a great feeling to start earning your living purely from your musical skills. Even if it won’t be something you’re posting all over your socials, the practice, networks, and experience you’ll gain are unparalleled. And when the big opportunities come knowing, ala KLP – you’ll definitely have the means to show yourself off.

One of the experiences that shaped KLP’s mindset towards becoming a professional musician is something unexpected to most of her listeners nowadays. In the 90’s, she was a member of a full-blown girl-band named Real Blondes, at the age of 13. They signed to Sony Music, went on national tours – and at the time, KLP saw it as her big break. While she looks back on it with a bit of a sense of humour, she also acknowledges it as gifting her one of the defining lessons of her career; that when failure comes about, you need to use it as fuel for your fire.

“It taught me to have a super hard work ethic. It also taught me to be resilient as f*ck as from such a young age…”

“… I had the girl band end, and I needed to pick myself and figure out what to do next. I thought ‘that’ was my ticket to success and it didn’t work out, so although hard at the time, it was a really valuable lesson to learn and period to go through. I think every hard time is a golden opportunity to grow and learn,” she says. 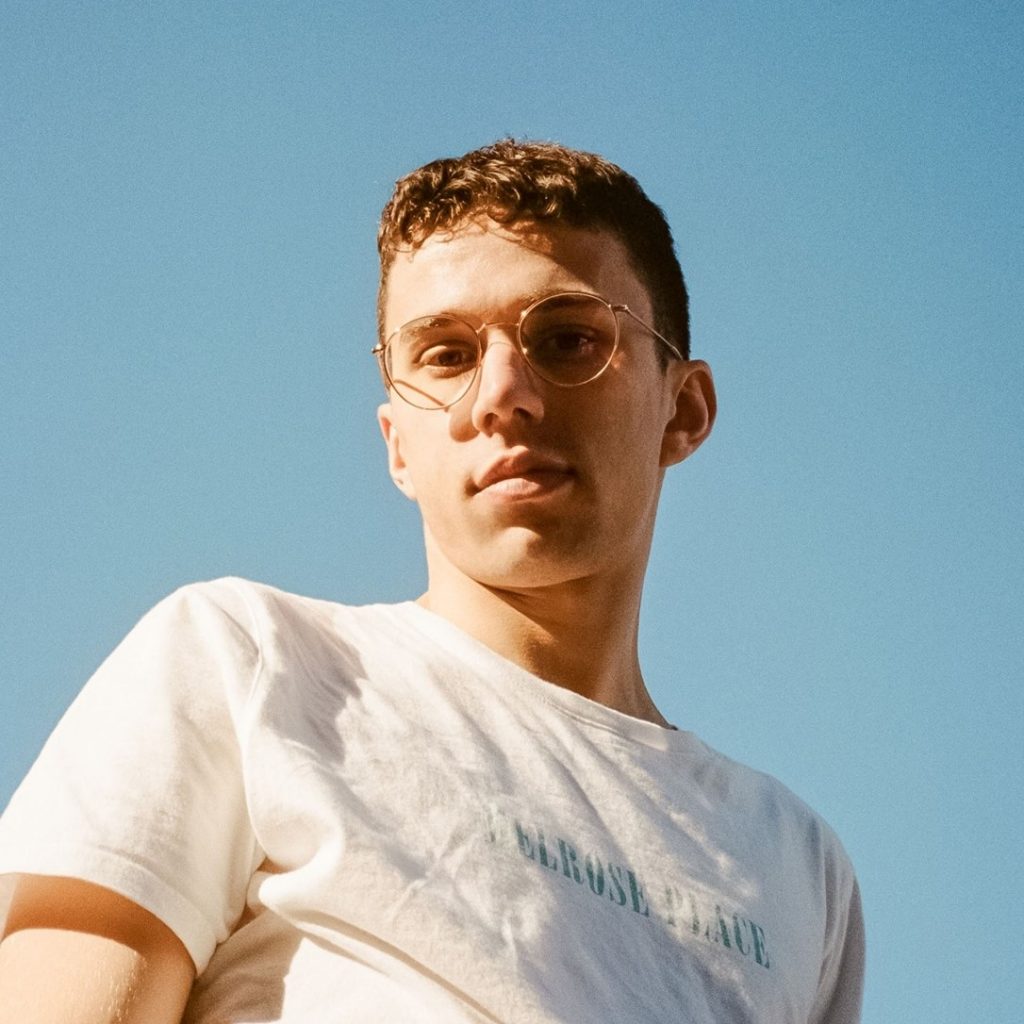 Young Franco is the name on everyone’s’ lips when it comes to who’s coming out of Australia in electronic music. But he’s also been chugging along on his grind long before the world took notice. In our chat, he reflected on the unpredictability of creative careers – and that’s not just in regards to finances. In industries like music, it’s difficult to predict and gauge where public interest sits, or even if the interest will continue to sit there for much longer.

“Creative pursuits are sometimes so temperamental, you can be “hot” one moment and no one cares the next. I think it’s about realising that these highs and lows are part of being an artist,” – Young Franco.

When we asked KLP if after over a decade in the field she thinks she has the music industry figured out, she says, “I don’t think that ever happens. I’m constantly just figuring it out as I go. Sometimes it’s not up to you either – the industry changes or technology changes. I think it’s important to always be learning and to be critical of yourself. I’m always trying to gain more knowledge or do things better the next time around.”

When it comes to “industry” things, talk with trusted friends who are where you want to be, and don’t be afraid to ask questions. There’s no real handbook for how to navigate things like “How can I get the world to notice me?” or “How can I launch a single successfully?” (Although we’ve done our best to break topics like this down on this blog, so take a binge read.) Most of your knowledge will come from lessons learnt through what the people around you know.

Learn to balance music with responsibilities, time, and money

The number one thing you need to make it in music is time, in two senses. Firstly, you won’t make the jump from fan to musical freak overnight – it’s going to take a while to get good. And secondly, across the long term, in order to get good, you need to take the time to practice each day, and get good. Balancing your dedication to pursuing music around your ongoing needs and responsibilities is the tricky part. Young Franco experienced this first hand. For majority of his come up, he was balancing full-time university with an increasingly booming music career. When it came to the tipping point, he knew what he had to choose.

He shows understanding that he is in a less than common case – after years of hard work, he was able to support himself financially through music, making the leap from a “traditional” life timeline to music more stable than it may be for most.

“Admittedly, I was able to support myself through music at this time.  Personally, I think money problems/stress and creativity are worst enemies. Even if you need to support yourself by working at a cafe or whatever while making music that’s okay, it’s better than starving.”

Ultimately, your path might look exactly, or nothing like Young Francos’ – perhaps you love what you’re studying and are looking forward to wrapping up your studies before diving properly into becoming a music producer. Maybe you’re in a full-time job that you dig, and are hustling after business hours on your artist project. Maybe you know that music is the one and only path for you, and you’re ready to sacrifice some stability to free up more time to advance your music career. Whatever your life looks like at the moment, make sure you dedicate yourself to fitting your musical development and projects around it where you can, and always look to improve.

And although it’s hard to earn your full time living off music, it’s definitely not impossible – but find yourself musically a bit. Try out different things, keep some and ditch others. It sounds wafty, but you’ll know what you want when it comes around.

“At the end of the day, only you know what’s best for yourself and your career. It’s important to have a support group and people working with/for you, but if you truly believe in an idea or a direction you need to back yourself. I self-manage, which is sometimes really tough, but also extremely rewarding when you reach goals you set out to do.” closes Young Franco.

You too can make the jump from music fan to music producer, check out our ‘Produce Music’ course now.