Surf’s Up: A New Wave of Sydney Techno

When one talks about techno in Australia, it’s usually Melbourne that dominates the conversation. Once regarded as one of the main techno cities in the world, it still has a diverse and active scene. Sydney, on the other hand, has long been seen as too glamorous, sunny and money-oriented to foster “proper” techno. The scene in Sydney has mainly been smaller, on the margins of music and party culture. However, the last few years have seen a new batch of producers and DJs emerge with a DIY ethic, a purist approach to the music and the drive to take their music to the rest of the world. Many of these artists actually went to the same high school, which may explain why this tight group have been encouraging one another to new levels.

Sydney’s techno scene can be traced back to the late 1980’s, when the UK rave scene arrived in full force. In the first few years, regular parties for 2,000-20,000 people happened in licensed as well as warehouse venues, including regular parties at The Hordern Pavilion, and many were run by English ex-pats. However, the brief halcyon days of mass raves didn’t last long. The inevitable unravelling of early elements sent the scene to smaller spaces and licensed clubs. There was a dispersion into smaller sub-scenes around different genres of techno, house and breakbeat, Police cracked down on larger raves (particularly following the 1995 death of teenager Anna Wood at the Phoenician Club) and there were implosions or breakups of some of the main promoter teams.

Matt Costain, a veteran of the Sydney techno scene as a punter and now a sometime promoter, describes his introduction to the scene in the 90’s as, “Raves in ’95, then club nights that crossed over house and techno like Tweekin, Sabotage, Love, Vertigo. A turning point was the first Phony night, on a Wednesday with a DJ I didn’t really know, who was Luke Slater; that completely changed my mind about what was possible with two turntables (it was actually three). Jeff Mills played a life changing set at Apollo Festival in 1998 (which also featured Daft Punk in their first Australian appearance), and after that, a lot of warehouse parties from groups that sprung up from the remnants of Vibe Tribe, such as Phreakin, Junglepunks, Swarm, Acid Faction, Flash, and the club nights of the times. Good times.” From the late 90’s onwards, the scene was disparate, largely inhabited by either “crusties” listening to the more acid-leaning side of techno/trance, or “serious heads” following a strict diet of Detroit with dashes of “proper” UK techno. Some important names in the scene of the 90’s, many of whom are still involved to some extent, include Biz E, Hi Shock, Phil Smart, Abel, Ming D, Patrick HAF, XXX, Sugar Ray, Orion and Ken Cloud.

This video features a great collection of photos and flyers from early Sydney techno / rave history:

The mid-late 00’s saw something of an upswing in interest in more “techno-oriented” music. German labels such as Perlon, Kompakt and Force Inc/Force Trax made were making house music more techno in its structure and sounds, and a new batch of successful artists began touring the world with this sound. And then there was “minimal”, perhaps the cousin everyone now wants to forget. Some notable artists and events from this more recent period up to now in Sydney techno include Magda Bytnerowitz, Strange Signals parties (run by Matt Costain), Glitch DJs & events, Kate Doherty, Methodixx, Sebastian Bayne and many more, and most are still going strong.

Lately crews such as Hunter Gatherer, Compound Interest, Shrug, .darkroom and others have pushed a deep techno sound into some of Sydney’s clubs and warehouses, begging the question: Who are these new techno people and are they making techno in Sydney “cool” again?

Take a listen to some of the artists mentioned in this Soundcloud playlist, the first four tracks come from Sydney’s old school DJ’s / artists, while the last three tracks are from some of the producers leading Sydney’s new wave of techno. 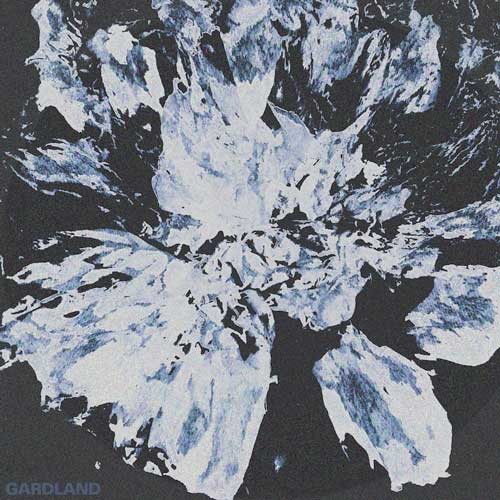 Gardland’s first EP, which was recorded outside Bourke in Western NSW on Alex’s uncle’s property.

A big part of the newest wave of techno is a tight-knit crew of Hunter Gatherer-associated artists from Sydney’s Northern beaches, all graduates of Manly High School in 2008, including Mark Smith (half of Gardland with Alex Murray), Gareth Psaltis, Hannah Lockwood, Jordan Peters, Josh Leenaars/Asger Jorn,
Ben Fester and Tristan Alaba. This crew is also tight with a bunch of other contemporaries such as Cassius Select, Tuff Sherm/Dro Carey, Alba, Nander and James Walsh. Several of them were already involved in indie rock projects, and Alex of Gardland describes how he came to work with Mark as Gardland: “Mark & Gary were in a band, and I was in another (Only The Sea Slugs), and I liked their band more than mine, so I used to tell the guys in my band to invite them to play every time we played, so we did a lot of shows together and became close friends (Alex was also in Bon Chat, Bon Rat). But it became increasingly hard to find venues to play in, and having to try to get signed to a booker and having to upload your tracks to Triple J’s Unearthed, it just became obvious that wasn’t really going to happen.” The closing of a venue called Tone, which fostered small live acts, also signalled the end of this period for Alex and Mark, who then decided to start making techno together and form Hunter Gatherer Records, releasing EPs by themselves, Gareth Psaltis, Cassius Select and Nander.

First of the group to embrace techno was Jordan Peters, a techno DJ previously into Drum’n’Bass who, “Went to the Labyrinth festival in Japan in 2011, and picked up a stack of records from Disk Union in Shinjuku”, while Gareth Psaltis, who played bass in bands since he was 15, describes a head-shifting experience at Future Music Festival: “I didn’t like any of the other music all day, so when I stumbled across the looping, psychedelic minimal techno from Richie Hawtin I was instantly drawn in. After seeing that I was obsessed and began trying to research as much electronic music as possible and have been doing that ever since. Then there were visits to Berghain and other clubs in Berlin.”Jordan Peters describes this recent scene: “In terms of the newer promoters it’s mostly regular punters that moved on to throwing their own parties, which is awesome. I think in the techno scene everyone is really in it with music as the number one priority. With DJs it’s a mix of old and new but there’s quite a few who’ve started playing out in the last few years. I think it’s the same with live acts – and there are some awesome live techno acts in Sydney at the moment! The Sydney techno scene is very healthy… the parties have been gradually getting bigger and bigger.”

Perhaps because of their non-techno musical backgrounds, these artists have tended to come at techno in their own ways, with little regard for making “straight-up” dancefloor music or following well-worn tropes. Matt Costain describes the sound as, “Less loopy banging stuff that dominated the late 90s/early 2000s, less about Detroit and Chicago, less about the old hard UK acid sound, and less about the late 2000s minimal sound. There tends to be elements of dub, hypnotic psychedelia and analogue experimentation. It’s a bit deeper, even though it can definitely get banging.” While each of the above artists has a different sound and approach, there is something of a shared aesthetic, with the live acts emphasising improvisation and, as Mark Smith put it, “Working up from a micro level, rather than working down from a macro level… it comes from our musical background (outside techno), where other people can make things for the floor because that’s what they know, we come at in an arse-backwards way where we reduce the abstraction as time goes on and we get more interested in things having a functional value.” Gareth Psaltis says, “Techno is more open to experimentation, musicality, darkness and emotional expression than most other forms of music. I see techno as being more music for the head. It is more psychedelic in that it uses more minimalist, drawn-out and evolving patterns. House can be very psychedelic too though. Techno also seems to be more industrial, dark and cosmic. The futurist influence is definitely present in the approach to creating techno music and also the ideas behind the music.” Artists such as Morphosis, Donato Dozzy, Dino Sabbatini and John Elliott have also left a strong impression during their visits.

As far as approaches to production and performing live, there is also a lot of crossover within this group. Both Gardland and Gareth Psaltis base their productions and live sets around the Dave Smith Tempest (a modern analog drum machine), alongside some smaller pieces of gear – Psaltis has a Roland Space Echo pedal and an MFB 522 (an 808 drum machine clone), whiel Gardland also add the MFB522 and Jomox 999 drum machines plus a Jomox Moonwind filter box, which allows a great deal of on-the-spot improvisation from a small setup. And not a laptop in sight. When Psaltis plays with Hannah Lockwood as Phile, Hannah brings a modular synth and Maschine (by Native Instruments) to the mix. Asger Jorn/Josh Leenars uses an Elektron Machinedrum, Moog Voyager, Roland Re-201 Space Echo, Roland JX8p and some field recordings while Nander uses an APC40/Ableton Live based setup.

This tightly knit group of friends have already started landing increasing numbers of local and interstate gigs, and spreading their wings further afield. Tuff Sherm/Dro Carey has multiple releases on labels such as The Trilogy Tapes, Plastic World and others (recent trips to record stores in Germany and Amsterdam have turned up many of his releases). Gardland are releasing for RVNG Intl. with more to come soon, and have relocated to Berlin and signed with Magnet bookings. And keep a look out for forthcoming releases by other members of this clique on local and international labels.

This may be the beginning of a new story: Young Sydney People Embracing Real Techno.

Our guest blogger Simon Caldwell is one of Sydney’s most revered and eclectic DJs. You can catch Simon regularly on FBi radio sunsets and check out his souncloud for some excellent mixes.