What exactly does a music publisher do? Do you need one?

We caught up with Michael Kucyk of (A&R at Modular Records) and hit him with a couple of simple but often confused questions on music publishing. Even to music industry folk, publishing often remains shrouded in a cloak of mystery as to exactly what’s involved and since Michael answered with such ‘real talk’, we though we should publish them here.

What exactly does a music publisher do?

Michael: The role of a publisher is to represent and protect your copyrights (i.e. the compositions rather than the sound recordings – they are managed by record labels), collecting performance (live and broadcast), mechanical (portion of digital and physical sales) and sheet music royalties, in addition to exploiting the songwriter’s material through film, tv and advertising and facilitating co-writing opportunities. Sounds pretty straight and boring but they’re a great support network that help increase your wallet and allow you to focus on what you do best – create music. A step closer to a sustainable career. 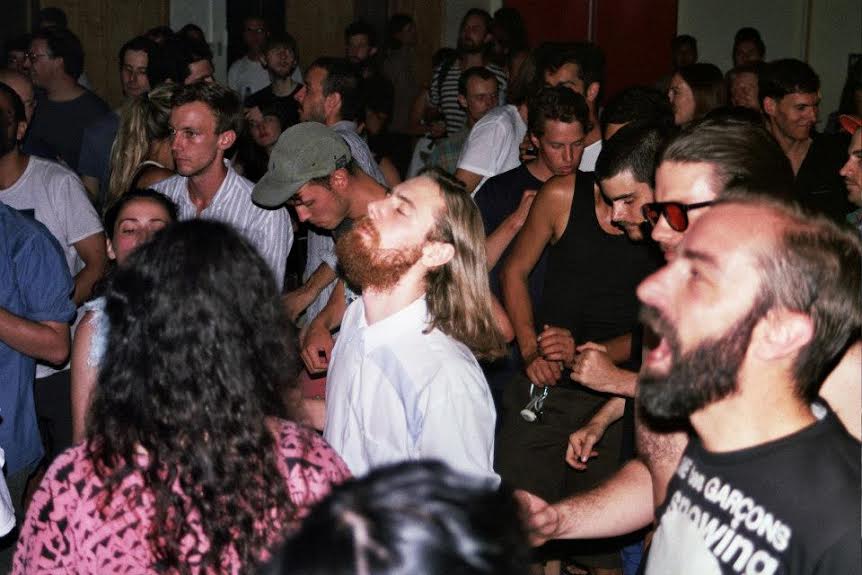 Michael (centre) ‘working’ – as A&R for Modular, part of his job is to constantly be checking out live shows of the best local acts.

At what stage does a producer / songwriter need a publisher?

Michael: Everyone will tell you something differently, so this one remains something of a grey area. The thing to keep in mind is that the advance payments from publishing deals can be lucrative, so a lot of artists and managers purely see them as banks (only considering the ‘advance’ payment offered for signing) and will hold out from signing a deal until the advance stocks are high. It works for some, but I’ve seen plenty of transparent hype acts play that game, fail on their inflated expectations and end up with nothing. Meanwhile they’ve completely bypassed the benefits of the publisher – which could have altered their destiny.

Coming from humble DIY beginnings in creating his own record label (Nervous Jerk) and running the cult weekly ‘Noise in my Head’ show on Melbourne’s RRR radio, Michael landed a job at Mushroom publishing in his early twenties, where he rose through the ranks over the next 8 years to become a publishing jedi. In 2011, Michael left Mushroom and took on the esteemed position of A&R manager at Modular Records (home to The Presets, Avalanches, Cut Copy, Tame Impala, etc).