In addition to staying on top of their game with producer game, our Trainers and Alumni have some undeniable skills on the decks. Turning in mixes for industry icons BBC Radio 1, Resident Advisor, NTS Radio, Triple J and Rinse FM among others – here’s where we round them up for you…

Kaliopi‘s Guest Mix for global giant DNBRadio premiered 06/08/2021 and is now up on Soundcloud …and it’s an absolute belter. DnB Radio cast live Drum & Bass streams from around the globe and we might be biased but this has got to rank among their best…

Compared to her ambient mix (elsewhere on this page) Kučka’s mix for the iconic FACT takes things up one peg, explaining “This is the ideal mix to take you from the afternoon to the evening. I chose tracks that I love to play when I’ve just finished up work for the day and I’m about to kick back and relax.”

Barney In The Tunnel // The Midday Mix

Local legends on the flagship community mix slot at Radio FBi bringing a timely mix off the back of their new release Hug House.

This mid-tempo chugger struts and bleeps through their own tunes and cuts from Roza Terenzi, Para One, Ludwig A.F. and more. 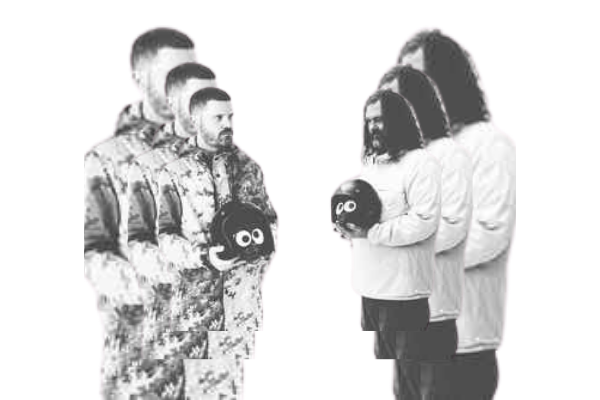 Turning in a bumping mix for the venerated Trommel, after returning to Sydney from London where Marlie made her name based on vibe-fuelled sets at the likes of Fabric, The Egg, as well as local raves Subsonic, S.A.S.H. and of course her very own nocturnal project Roots.

Love Beams is a 2 hour monthly excursion with Setwun through all that is free, freaky and funky. Soul music in all its extensions and expressions from past, present and emerging artists from across the cosmos.

Catch the whole series over on Nomad Radio.

What could be better than a long-player DJ Plead mix? A whole series of DJ Plead mixes is what.

Innovating on so many fronts musically, he’s also customised the turntables to install dual stovetop burners to properly cook these mixes. Catch the whole series on Athens-based Movement Radio 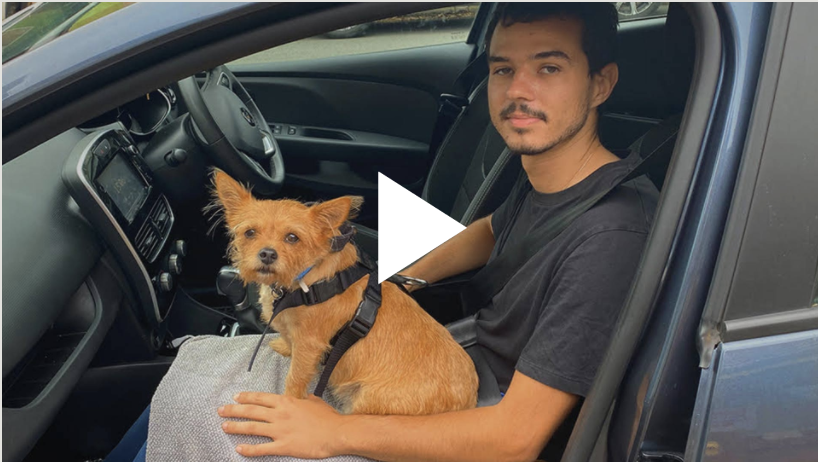 With Kučka’s album Wrestling due out via Soothsayer/LuckyMe on 30 April, this mixtape contribution to the respected Bleep mix series gives insight into the sounds that inspire her.

Packed with ambience and dreamy textures – the link between the sounds her and the mood of her productions is easy to see.

Some huge milestones in Logic1000’s epic rise include these two recent mixes – one for the legendary BBC Radio 1 and the other for the equally legendary Resident Advisor.

Jump on the BBC mix quick as they only stay up for a month: 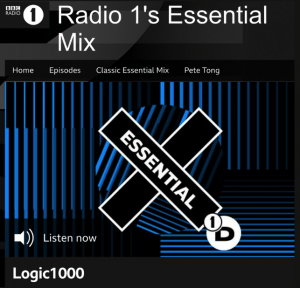 Also worth mentioning, Logic100 is third Liveschool affiliated Resident Advisor mix in the last 12 months! This time our perennial favourite Logic1000 comes through promoting her new EP “You’ve Got The Whole Night To Go” which was co-produced by Liveschool trainer Thomas McAllister aka Big Ever. After a soft start the mix delivers hard hitting peak time vibes and in her interview with Resident Advisor Logic says she “worked up a sweat while recording” the mix. With this many heaters in 1 hour its no surprise!

Roza Terenzi in the mix for Resident Advisor

Our second Liveschool community member to deliver a mix for Resident Advisor this year, after Andy Garvey’s instalment earlier in 2020. It’s hard to overstate what a milestone this is for an artist, a Resident Advisor mix can elevate a career from “up and comer” into the status of bona-fide star. With a huge platform at her disposal, Roza has thrown down a mix of peak time trance anthems that will call to mind that far off place that we all hope to return to as soon as possible.

DJ Plead on cassette!
What would a list of mixtapes be without an actual cassette? Our man DJ Plead turns the burners down for this deep cassette-only exclusive for Manchester’s legendary Boomkat and their Documenting Sound series.

Whereas other artists in that series turned in Dj mixes, Plead crafted a compendium of bespoke original productions. His signature middle-eastern vibes are in full report, but instead of dancefloor-crushing beats this long-player meets you at a slow, humid tempo and gradually dissolves into an ambient mindbath.

Should this even be in our mixtape round-up? Is it a mixtape? Maybe it’s a beat-tape, but one that’s beat-adjacent. Either way, this is one for the serious collectors or the 1900’s format fetishists. And you can peep the audio previews here: 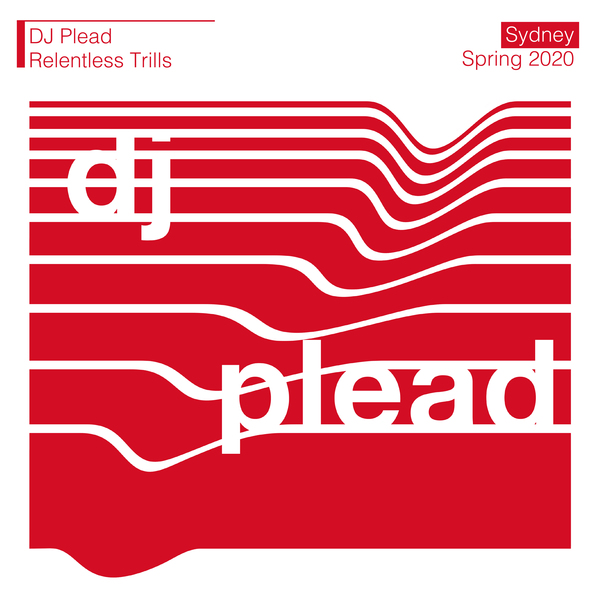 Cop Envy
Trainer Thomas McAllister from our Berlin studios has dropped a new mix made up of exclusive unreleased Copy Envy tunes. Usually a Cop Envy mix brings with it hypnotic dubbed out drums – but this one is totally ambient. Made up of tracks Thom has been working on over the last few months hunkered down in Berlin, it’s a great insight into another side of one of our favourite producers.

Andy Garvey
Liveschool graduate Andy Garvey has been tapped to unleash the latest mix for Resident Advisor. Gaining this sort of recognition from the largest platform in dance music is a testament to the years of hard work put in by Andy pushing left field sounds across Australia.

Brux
Brux continues her roll, turning in a mix for Future Mag. With her signature dark and club ready sound on display its a document of an artist in her element. Alongside legends like Luke Slater and The Knife she features Liveschool alumni M Ramirez.

Point Clare has dropped a powerful mix for the Fuxwithit Blog featuring unreleased heat from himself and a group of like minded friends.

Stirring up the dance lately at some of Sydney’s best parties is up and comer Niku. Astute selecting for rhythms within a smart span of UK, bass and digi appears to be part of the magic – but she’s not that easily boxed. One to follow, and one to catch live. 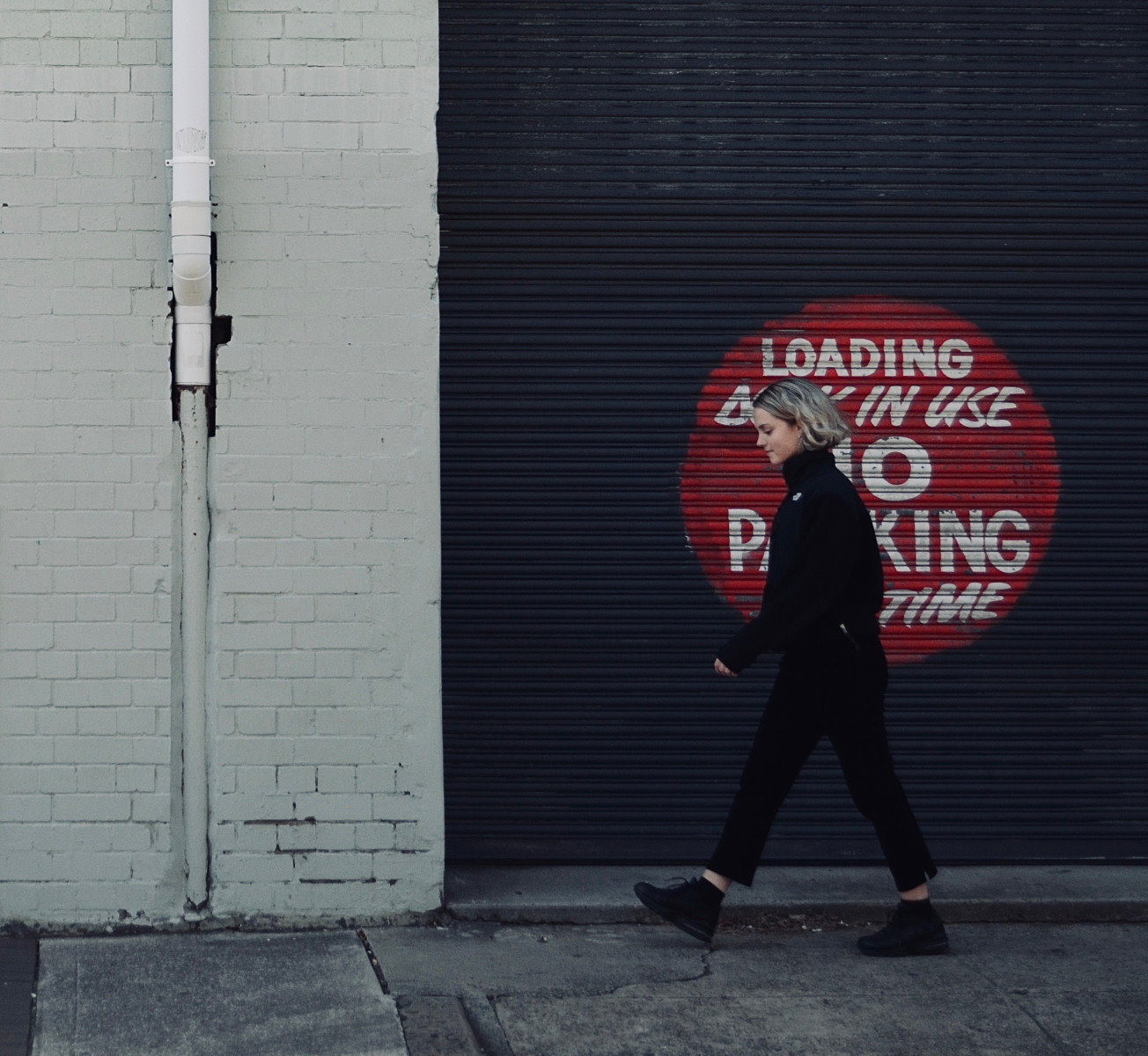 Following on from her hugely successful Beats 1 show on Apple Music, Anna Lunoe backs it up with DanceXL featuring an all-star collection of guests including CamelPhat, Louis The Child, Audien, Dom Dolla, Diplo and many more to come. Peep it here.

Opening sets can be challenging to do but very satisfying when you pull it off. This Boiler Room cast sees Doug and Amelia opening Sugar Mountain festival, Melbourne, putting their encyclopaedic outernational music tastes to effect and stirring up the gathering crowd nicely.

DJ Plead is on the European tour circuit right now, surfing the wave of praise for his latest productions, so it’s no surprise to see another promo mix drop. But DAMN this dj set raises the game. If you’ve grown tired of the same-ol’ genre-based dancefloor tropes, DJ Plead’s mix on the illustrious FACT series is the proof you’ve been expecting, that: yes, somewhere – on some club dancefloor – shit is still absolutely on fire:

Andy Garvey is the queen of staunch tech mixes (see an earlier instalment on this page), but in her role as Triple J’s Mix Up host and producer she’s curated the Best of Mix Up 2019, including tapes from Rufus Du Sol, Amelie Lens and a fire mix from Liveschool trainer Nina aka Ninajirachi:

Nina Las Vegas needs little introduction to anyone with an interest in electronic music. The artist, label owner, radio host and DJ (not to mention Liveschool Graduate) has stepped up to the decks to deliver a mix for London’s NTS radio. She covers a lot of ground, from the club-ready new direction from NLV Records stable-mate   Ninajirachi to the percussive freakouts of Dolo Percussion:

Graduate, Gabriel Espinosa, caused a massive upset at Australian amateur DJ comp “Your Shot” – entering as an unknown wildcard and taking out the NSW top slot. Here’s a mix from one of the heats – featuring a surprising blend of bangers, garage, DJ Plead, and some clever Ableton production know-how:

Trainer, Ninajirachi has stepped up to Diplo’s BBC1 radio show Diplo And Friends with this wide ranging mix covering ground from Flume to DJ Koze and Yung Lean.

Logic1000, riding high from her breakthrough track Please Forgive Me turned in some killer cuts when she joined Project Pablo in the mix on RinseFM

Cop Envy (our very own Thom McAlister, and co-producer to Logic1000) has delivered a UK-tinged mix for Fauzia’s show on NTS, featuring heavy hitters like Peverelist, Joy O and DJ Assault.

Trainer, Doug has simply been on fire lately – first, releasing the stunning compilation of Australian underground electronica as part of Body Promise. And now an incredible mix made up 100% from his own original productions showcasing the acid funk freshness of his Hed Ardennes moniker.

Flume has pulled out all the stops with an absolutely bonkers mixtape, complete with 45 minutes of insane visuals courtesy of Jonathan Zawada.

Andy Garvey has gone in with a two hour mix for Skylab Radio and proved why she is one of Australia’s most in demand selectors, covering some serious leftfield electronic territory.

Delivering what he describes as “Real Housewives Bangers”, Donatachi was summoned by our national broadcaster to bequeath them this Triple J Mixup session

Why make just one mix when you can make an entire radio station? That’s exactly what Aroha, revered New Zealand-born DJ, has done. From her new base in Melbourne, Aroha helped assemble a crack-squad of NZ Dj’s to create Music For The People – spanning niche genres and championing NZ music like no other station. Aroha lays out a new 3-hour “Friday I’m In Love” mix every week, like this one with a great interview with Memphis LK.

For anyone who’s ever searched for “Podcasts for sleep” or “Dj mixes to sleep to”, Dreems has just the balm to soothe your jangled soul. Sleep Mix is a playlist of long mixes by Dreems and various guests on an organic-ambient tip to help paddle your boat gently down that stream: